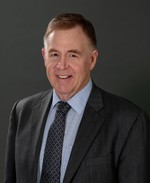 Mr. Pisano has more than 30 years of experience as a pharmaceutical industry executive and was recognized in 2010 as Pharma Executive of the Year by the World Vaccine Congress. He served as the president and CEO of VaxInnate a privately held biotech company. He joined Immunovaccine's Board in October 2011 with a depth of experience across the spectrum of commercial operations, public immunization policies and pipeline development. Mr. Pisano is the former president and CEO of Sanofi Pasteur, one of the largest vaccine companies in the world. He is credited with driving Sanofi Pasteur's leadership within the worldwide influenza market and capturing 50 percent of global sales. He also laid the foundation for the company's global pediatric vaccines strategy. He joined Sanofi Pasteur in 1997, assuming increasing levels of responsibility. He was promoted to President and CEO in 2007, the position he successfully held until his retirement in 2011. During his tenure as CEO, Mr. Pisano bolstered the Sanofi Pasteur pipeline with the acquisitions of Acambis PLC, a bio-tech based in Boston in 2008 and Shantha Biotechnics, a highly regarded Indian vaccine company in 2010. Prior to joining Sanofi Pasteur, he spent 11 years with Novartis (formerly Sandoz). He has a bachelor's degree in biology from St. John Fisher College, New York and an MBA from the University of Dayton, Ohio.

Mr. Kruimer has more than 30 years of experience in corporate finance, planning and strategy, including 20 years in senior management positions in private and publicly listed biotechnology and life science companies. Notably, Mr. Kruimer served as CFO and Executive Committee Member of Crucell from 1998 through 2011, and an integral part of the corporate sale to Johnson & Johnson for US$2.3 billion. During his tenure, he led financing activities of the company and contributed to Crucell's strategic US$450 million acquisition and integration of Swiss-based Berna Biotech. Currently, Mr. Kruimer serves as an independent director and Chairman of the Audit Committee for Zealand Pharma (Nasdaq: ZEAL), is Chairman of the Board of BioInvent AB (OMXS: BINV) and serves on the Investment Advisory Council of private equity firm, Karmijn Kapitaal Investments based in Amsterdam. Previously, he served as CFO of privately held SkylineDx, a DNA diagnostics company and as the Chairman of the Supervisory Board of privately held hemostat company ProFibrix from 2011 through its acquisition by The Medicines Company (Nasdaq: MDCO) in 2013. In 2014 Mr. Kruimer served as interim CEO of Dutch biotech company BBB Therapeutics. Prior to Crucell, Mr. Kruimer was Managing Director at TIP Europe, a GE Capital company. He was a consultant with McKinsey & Company and started his career at Price Waterhouse in New York. Mr. Kruimer holds an MBA from the Harvard Business School and is a Certified Public Accountant in New York State. 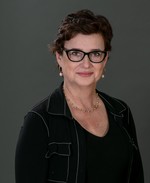 In addition to being a Management Consultant since 2014, Ms. Brown is currently a Managing Partner at Accelera Canada, a specialty consultancy firm that assists emerging biopharma ventures in the United States and Europe with the development and implementation of Canadian market strategies. She held progressively senior roles at EMD Serono from 2000 to 2014, including Executive Vice President of Neuroimmunology for the company's U.S. operations, and President and Managing Director of the company's Canadian operations. In 2012, Ms. Brown was Chair of the National Pharmaceutical Organization (now Innovative Medicines Canada) and served on its Board of Directors from 2007 to 2014. She currently sits on the Boards of Life Sciences Ontario, the Strategic Executive Advisory Council for Canadian Cancer Trials Group, and her local SPCA. Ms. Brown holds an MBA from University of Western Ontario's Ivey School of Business, an Hons B.Sc. from the University of Guelph and completed the Merck executive development programme at the University of Hong Kong, INSEAD and Northwestern University's Kellogg School of Management. 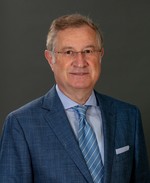 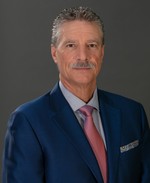 Dr. Rice has held the position of Chairman, President and Chief Executive Officer of Aptose Biosciences Inc. since 2013. From 2003 to 2013, he served as Chairman, President and Chief Executive Officer of Cylene Pharmaceutics Inc., prior to which he was the Founder, President, Chief Executive Officer and Director of Achillion Pharmaceuticals, Inc. He has also served as Senior Scientist and Head of the Drug Mechanism Laboratory at the National Cancer Institute-Frederick Cancer Research and Development Center, and as a faculty member in the Division of Pediatric Hematology and Oncology at Emory School of Medicine. Dr. Rice holds a PhD in biochemistry from Emory University and was a post-doctoral trainee in the Department of Internal Medicine, Division of Hematology and Oncology at the University of Michigan Medical Center. 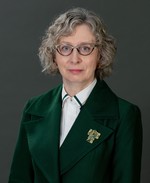 Ms. Holtham held a number of financial positions over a 19-year career with the Canadian subsidiary of Nabisco Inc., rising to become Senior Vice President and Chief Financial Officer. In 2002, she joined Toronto, Ontario-based Hospital for Sick Children as Vice President, Finance and Chief Financial Officer, a position she held for eight years. Through her career she has participated in myriad initiatives ranging from traditional finance functions and operations oversight to intellectual property portfolio management and mergers and acquisitions. Ms. Holtham is an FCPA, FCMA, holds an MBA from the University of Toronto - Rotman School of Management and has completed the Institute of Corporate Directors Designation (ICD.D). 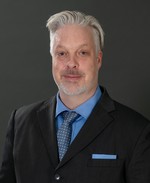 A co-founder of the Company, Dr. Coffey completed his doctorate degree in oncology at the University of Calgary with a focus on the oncolytic capabilities of the reovirus. The results of his research have been published in various respected scientific journals, including Science, Human Gene Therapy, and The EMBO Journal. Dr. Coffey took over as Chief Executive Officer in late 2016, prior to which he was Chief Operating Officer since December 2008. Since co-founding Oncolytics he has also held the positions of Chief Scientific Officer from December 2004 to December 2008, Vice-President of Product Development from July 1999 to December 2004 and Chief Financial Officer from September 1999 to May 2000.